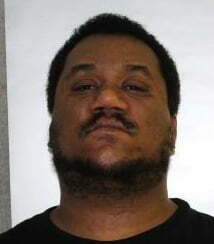 Ocean County Prosecutor Bradley D. Billhimer announced that on May 27, 2022, Curtis Geathers, 37, of Barnegat, pled guilty before the Honorable Rochelle Gizinski, J.S.C., to Manslaughter in violation of N.J.S.A. 2C:11-4b(1), in connection with the death of a female victim that occurred in Point Pleasant Borough on January 10, 2019.  At the time of his sentencing on July 22, 2022, the State will be recommending a sentence of four years New Jersey State Prison (NJSP), subject to the terms of the No Early Release Act, N.J.S.A. 2C:43-7.2.  Geathers also pled guilty to an unrelated charge of Possession of Fentanyl with Intent to Distribute in violation of N.J.S.A. 2C:35-5a(1) and N.J.S.A. 2C:35-5b(5), for which the State will be recommending a sentence of five years NJSP.  The sentences are to run concurrently.  This plea agreement was entered into in consultation with – and with the approval of – the victim’s family.

On January 10, 2019, officers from the Point Pleasant Borough Police Department were dispatched to a local residence for a report of an unresponsive female.  The female was transported to Hackensack Meridian Ocean University Medical Center in Brick Township, where she expired on January 12, 2019.