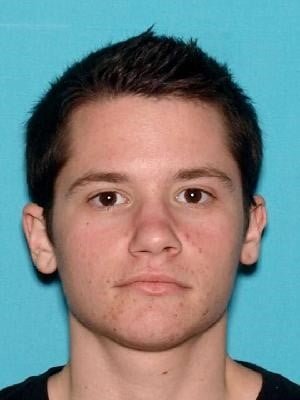 Ocean County Prosecutor Bradley D. Billhimer announced that on April 1, 2021, Jeydon Lowe, 25, of Barnegat, was sentenced by the Honorable Linda G. Baxter, J.S.C., to a term of seven years New Jersey State Prison as a result of a previously entered guilty plea to Vehicular Homicide in violation of N.J.S.A. 2C:11-5.  This sentence is subject to the terms of the No Early Release Act, N.J.S.A. 2C:43-7.2, meaning Lowe will be required to serve at least 85 percent of his prison sentence before he may be considered for parole eligibility.  Additionally, Judge Baxter suspended Lowe’s driving privileges for a period of five years in connection with his previously entered guilty plea to Driving While Intoxicated in violation of N.J.S.A. 39:4-50.  Lowe pled guilty to both charges before Judge Baxter on January 27, 2021.

On March 25, 2020, at approximately 5:30 p.m., officers from the Stafford Township Police Department responded to a single vehicle crash on Stafford Avenue near Hilliard Boulevard.  An investigation by the Ocean County Prosecutor’s Office Vehicular Homicide Unit, Stafford Township Police Department, and Ocean County Sheriff’s Office Crime Scene Investigation Unit revealed that a 2009 Chevrolet Cobalt operated by Lowe was traveling eastbound on Stafford Avenue at an extremely high rate of speed.  Lowe lost control of the vehicle as he was attempting to navigate a right-hand turn, and consequently crashed into a tree.  A passenger in the front seat of the vehicle, Robert Parlin, 24, of Little Egg Harbor, succumbed to his injuries as a result of the crash and was pronounced deceased at the scene.

Lowe sustained minor injuries and was taken to Hackensack Meridian Health Southern Ocean County Medical Center in Stafford Township. A search warrant was obtained for a draw of his blood.  On April 14, 2020, Detectives received the laboratory results from the blood draw which indicated that Lowe had a Blood Alcohol Concentration (BAC) of nearly .12 percent.  An operator of a motor vehicle is presumed to be over the legal limit for purposes of alcohol consumption where his/her BAC is .08 or greater.

“This is an absolutely tragic case, which should serve as a cautionary tale for anyone who is tempted to drink and drive,” Prosecutor Billhimer stated.  “Let me be clear:  drunk driving kills, and it has the potential to tear families apart.  Sadly, these types of cases are wholly preventable, particularly in this day and age of Uber, Lyft, and other readily available transportation services.  While this young defendant will go to prison for a long time for his senseless conduct on the night in question, nothing will bring Mr. Parlin back to his family” Prosecutor Billhimer concluded.

Prosecutor Billhimer acknowledges the diligent efforts of Senior Assistant Prosecutor Jamie Schron who handled the case on behalf of the State, as well as the Ocean County Prosecutor’s Office Vehicular Homicide Unit, Stafford Township Police Department, and Ocean County Sheriff’s Office Crime Scene Investigation Unit for their combined efforts in connection with this investigation which resulted in Lowe’s guilty plea, and ultimately his state prison sentence.