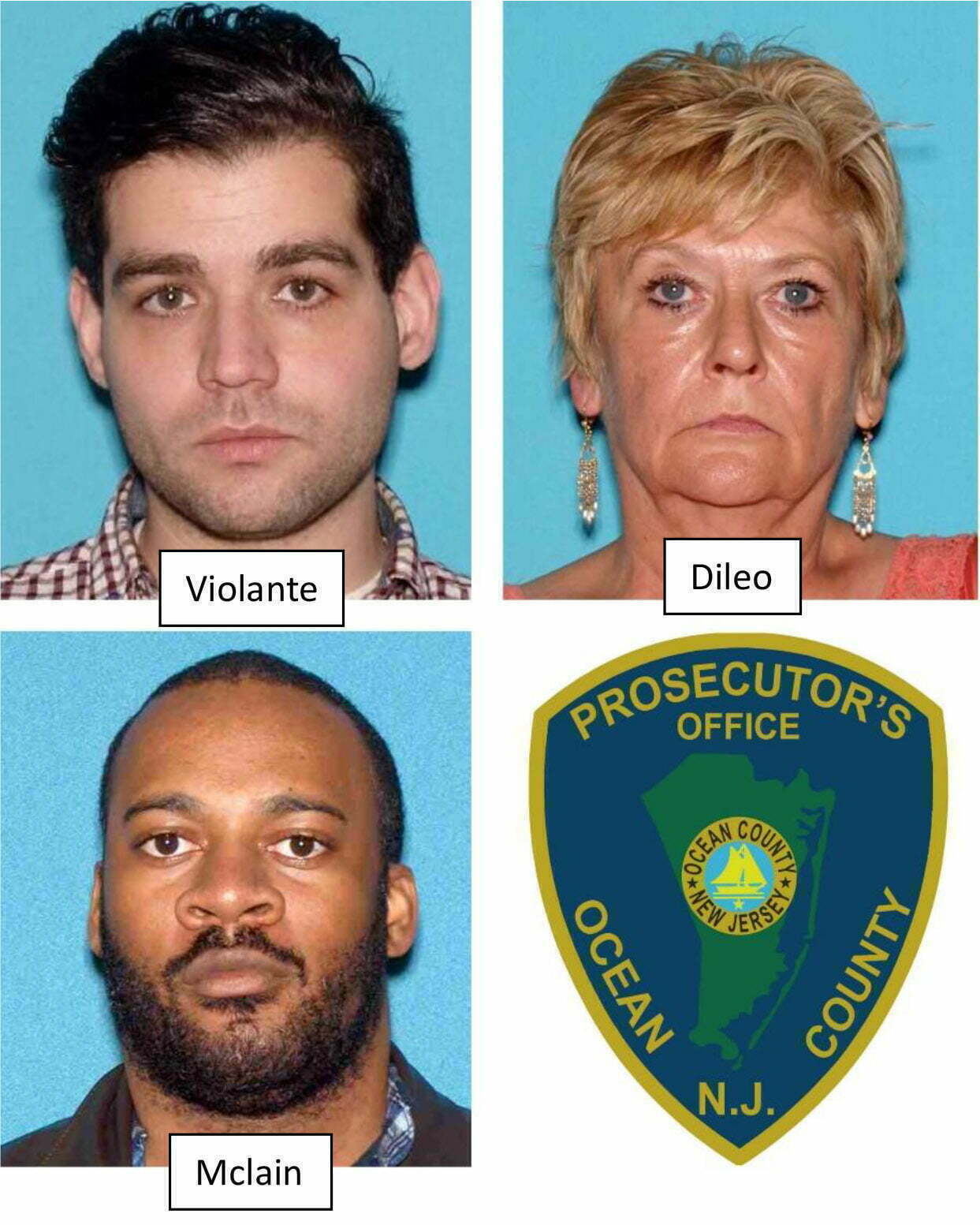 Ocean County Prosecutor Bradley D. Billhimer announced that on October 28, 2021, Jesse Violante, 34, of Tuckerton, Mary Anne Dileo, 67, of Manahawkin, and Gary Mclain, 34, of Little Egg Harbor, were indicted by a Grand Jury sitting in Ocean County on a charge of Theft by Unlawful Taking in violation of N.J.S.A. 2C:20-3a. The three defendants are former employees of Vetwork, a Lacey Township-based nonprofit organization that provides resources and assistance to veterans in Ocean County.  The defendants embezzled monies from Vetwork, beyond their approved salaries between February 2018 and June 2019.

Vetwork is a nonprofit organization, governed by a Board of Directors, which assists veterans in Ocean County with various services such as obtaining employment and finding suitable housing.  The organization was partially funded by a generous grant received from the County of Ocean.

Violante was the director of Vetwork during the relevant time period.  In that role, he was responsible for overseeing the employees of the organization and certifying all expenses.  Dileo was the office manager and was responsible for processing payroll, while Mclain was in charge of community outreach.  The allegation of misconduct was referred to the Ocean County Prosecutor’s Office Economic Crime Unit after an audit commissioned by the Board of Directors revealed that each of these individuals received extra payroll outlays above and beyond what they were entitled to.  Specifically, it was determined that Violante, Dileo, and Mclain took additional payments on certain weeks in excess of their regular payroll checks in accordance with their existing salaries.  In total, Violante received five extra payments totaling $5,855, while Dileo received twenty-six duplicate payments totaling $19,588, and Mclain received five duplicate payments totaling $4,972.  The investigation revealed that these payments were not authorized by the Board, nor were they included in the documents submitted to the County of Ocean for purposes of obtaining funding.

Violante and Dileo surrendered themselves to law enforcement and were charged on summonses, processed by Officers of the Ocean County Sheriff’s Office, and released pending a future court appearance.  Mclain, who was originally charged on a warrant, surrendered himself to authorities and was subsequently released pursuant to New Jersey Bail Reform.

Prosecutor Billhimer commends the excellent work of Assistant Prosecutor Christopher Heisler who is handling the case on behalf of the State, as well as the Ocean County Prosecutor’s Office Economic Crimes Unit with the assistance of the Ocean County Sheriff’s Office, for their very thorough investigation resulting in today’s indictment.