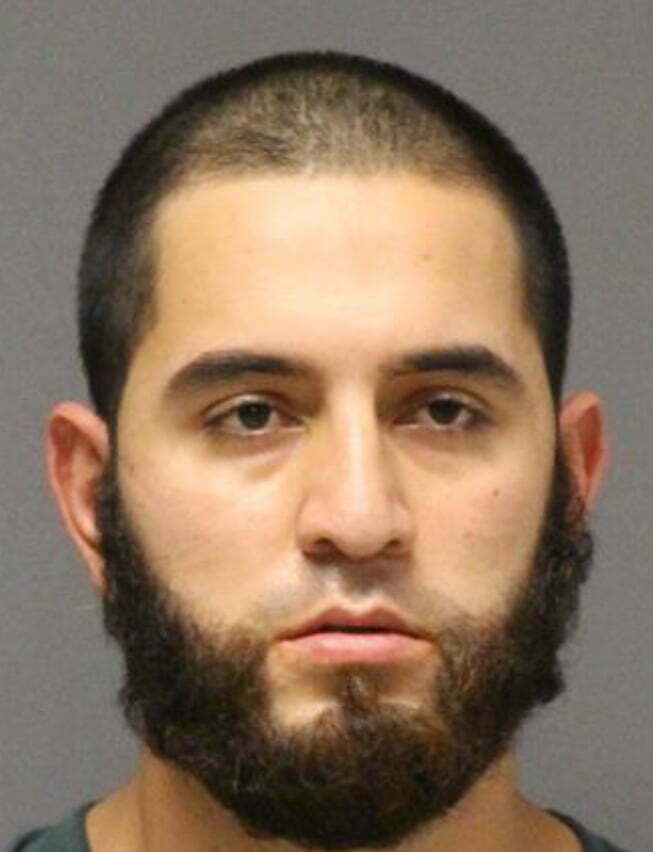 On December 24, 2020, at approximately 6:00 p.m., Officers of the Jackson Township Police Department were summoned to the area of Cedar Swap Road and I-195 for a report of a motor vehicle crash with serious injuries.  An investigation by the Ocean County Prosecutor’s Office Vehicular Homicide Unit and Jackson Township Police Department revealed that a 2010 Mercedes Benz, driven by Norman Shtab, 83, of Howell Township, was exiting I-195 at Exit 21.  His wife, Phyllis Shtab, 81, also of Howell, was a passenger in the vehicle.  As Mr. Shtab was attempting to make a left-hand turn onto Cedar Swap Road, his vehicle collided with a 2003 Chevrolet Silverado.

On December 30, 2020, a warrant was issued for the arrest of the driver of the Chevrolet Silverado – identified through continuing investigation to be Alcazar-Sanchez – who fled the scene of the December 24th crash on foot.  A search of the Silverado revealed a bag of white powder which tested positive for cocaine.  Further investigation revealed that Alcazar-Sanchez then fled the United States and traveled to Mexico.  On March 3, 2021, Alcazar-Sanchez surrendered himself to United States Customs and Border Patrol Protection Agents in Laredo, Texas.  He was ultimately extradited back to Ocean County, and has remained lodged in the Ocean County Jail since his return on March 31, 2021.

Additionally, during the course of this investigation, Alcazar-Sanchez’s girlfriend, Reyna Mendez, 27, of Jackson, was questioned by law enforcement in connection with this matter.  It was determined that Mendez provided false information to Detectives during the course of her questioning; as a consequence, Mendez has been indicted for Hindering Apprehension or Prosecution in violation of N.J.S.A. 2C:29-3a(7).