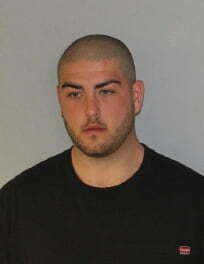 Ocean County Prosecutor Bradley D. Billhimer announced that on February 22, 2022, Steven Adams, 23, of Jackson, pled guilty to Aggravated Assault in violation of N.J.S.A. 2C:12-1b(1), before the Honorable Guy P. Ryan, J.S.C., in connection with an incident that occurred in Seaside Park on November 15, 2021.  At the time of Adams’ sentencing on April 8, 2022, the State will be seeking a term of five years New Jersey State Prison, subject to the terms of the No Early Release Act, N.J.S.A. 2C:43-7.2.

On November 15, 2021, at approximately 7:00 p.m., Officers from the Seaside Park Police Department were dispatched to the Desert Palm Inn for a report of an injured male who had fallen from a balcony.  Responding Officers found Chad Atwood, 42, of Seaside Park, lying on the pavement.  It was apparent that Mr. Atwood was suffering from serious injuries, and he was airlifted to Jersey Shore University Medical Center in Neptune for treatment of those injuries.

An investigation conducted by the Seaside Park Police Department determined that Adams and Mr. Atwood – both guests at the Desert Palm Inn – were involved in an altercation in the parking lot of the establishment.  The altercation then proceeded to the second floor balcony.  Adams charged at Mr. Atwood, pushing him over the railing of the balcony and causing him to fall to the ground below.  Adams was taken into custody and transported to the Ocean County Jail, where he has remained lodged since November 15, 2021.

Prosecutor Billhimer commends the diligence of Assistant Prosecutor Kimberly Carr who is handling the case on behalf of the State, as well as the efforts of the Seaside Park Police Department relative to this investigation, leading to Adams’ arrest, guilty plea, and soon his state prison sentence.