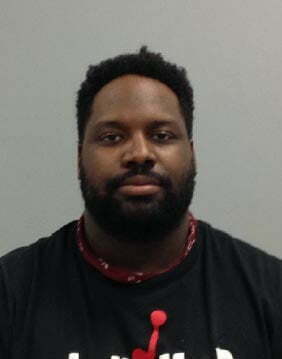 Ocean County Prosecutor Bradley D. Billhimer announced that on April 20, 2022, Cory Winston, 31, of Jackson, pled guilty before the Honorable Rochelle Gizinski, J.S.C., to Possession of more than One-Half Ounce but less than Five Ounces of Heroin with Intent to Distribute in violation of N.J.S.A. 2C:35-5b(2), Unlawful Possession of a Weapon in violation of N.J.S.A. 2C:39-5b(1), and Resisting Arrest in violation of N.J.S.A. 2C:29-2a(3)a, in connection with illegal activity that occurred in Brick Township between February and March 2021.  At the time of his sentencing on June 1, 2022, the State will be seeking a term of five years New Jersey State Prison (NJSP) as to the narcotics distribution charge, five years NJSP with a 42-month period of parole ineligibility as to the weapon offense, and three years NJSP with respect to the resisting arrest charge.  The sentences are to run concurrently.

An investigation conducted by the Ocean County Prosecutor’s Office Narcotics Strike Force and Stafford Township Police Department Drug Enforcement Unit between February and March 2021 revealed that Winston was distributing heroin in the Ocean County area.  As a result, Detectives executed a court-authorized search warrant at a storage unit in Brick Township – utilized by Winston – on March 10, 2021.  Detectives located Winston at the subject storage facility and attempted to detain him pending execution of the search warrant.  Winston became combative, and forcefully resisted efforts to detain him; it ultimately took the combined efforts of three detectives to take Winston into custody.  Detectives subsequently seized approximately 3000 individual doses of Heroin, 200 grams of Eutylone, as well as various quantities of cocaine, methamphetamine, and fentanyl. Detectives also discovered and seized two handguns and an extended capacity magazine.  Winston has been lodged in the Ocean County Jail since being taken into custody on March 10, 2021.