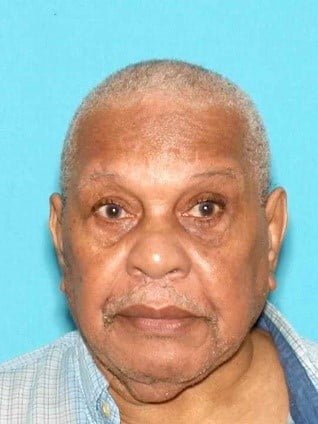 Ocean County Prosecutor Bradley D. Billhimer announced that on January 12, 2021, Thomas Hatchett, 88, of Manchester Township, was sentenced by the Honorable Michael T. Collins, J.S.C, to ten years New Jersey State Prison as a result of a previously entered guilty plea to Aggravated Manslaughter in violation of N.J.S.A. 2C:11-4.  This sentence is subject to the terms of the No Early Release Act, N.J.S.A. 2C:43-7.2, meaning that Hatchett will be required to serve at least 85 percent of his sentence before he may be considered for parole eligibility.  Hatchett pled guilty to the charge before Judge Collins on October 23, 2020.

On July 1, 2019, Manchester Township Police Officers were summoned to a Manchester residence by a 911 call in reference to a male victim lying face down in the street in front of a residence.  Officers found Igal Hedad, 71, of Fort Lauderdale, Florida, bleeding from his head with gunshot wounds to his back.  Mr. Hedad was pronounced dead at the scene.  The Ocean County Prosecutor’s Office Regional SWAT Team responded to assist.  The SWAT Team made entry to the house and found it to be unoccupied.  Investigation revealed that the resident of the home was Thomas Hatchett.  Further investigation revealed that Hatchett had previously maintained an address in Verona, New Jersey.  The Verona Police Department was contacted.  Verona Police Officers located Hatchett and transported him to police headquarters.  Detectives from the Ocean County Prosecutor’s Office Major Crime Unit and Manchester Township Police Department traveled to Verona where they interviewed Hatchett.  It was thereafter determined that Hatchett was the individual responsible for Mr. Hedad’s death.  Hatchett was subsequently arrested and charged without incident, and has been lodged in the Ocean County Jail since the date of his arrest.

“Hatchett committed a brutal and senseless act on July 1, 2019.  For all intents and purposes, given this defendant’s advanced age, the prison term imposed by Judge Collins is tantamount to a life sentence,” Prosecutor Billhimer stated.  “Hatchett will most likely spend the balance of his remaining days exactly where he belongs – behind bars.  Our hope is that this sentence affords the family of Mr. Hedad some level of peace and closure,” Prosecutor Billhimer concluded.