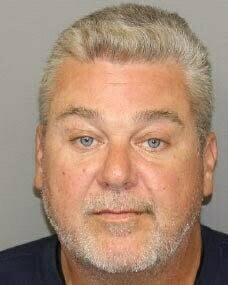 Ocean County Prosecutor Bradley D. Billhimer announced that on April 14, 2020, David Steen, 54, of Marlton, pled guilty before the Honorable  Rochelle Gizinski, J.S.C., to Robbery in violation of N.J.S.A. 2C:15-1a(1), and Aggravated Assault in violation of N.J.S.A. 2C:12-1b(2), in connection with an incident that occurred in Berkeley Township on September 23, 2019.  At the time of his sentencing on June 3, 2022, the State will be seeking a sentence of ten years New Jersey State Prison (NJSP) as to the Robbery charge, which will be subject to the terms of the No Early Release Act, N.J.S.A. 2C:43-7.2.  The State will also be seeking a sentence of five years NJSP as to the Aggravated Assault charge.  The sentences are to run concurrently.

On September 23, 2019, Officers from the Berkeley Township Police Department were summoned to an Urgent Care facility in Lacey Township for a report of a robbery and assault that occurred earlier in the day at Robert J. Miller Airpark in Berkeley Township.  An investigation by the Berkeley Township Police Department Detective Bureau revealed that an 87 year-old female was hitting golf balls at the Airpark when she was approached by a male individual.  The male subsequently pushed the victim to the ground and hit her in the head with a golf club; he then ripped a gold chain and a gold crucifix from her neck and fled the area.  The victim was able to return to her car and drive home.  A friend of the victim then drove her to the Urgent Care facility for treatment of her injuries.  The victim provided Detectives with a detailed description of her assailant and his vehicle, and was also able to assist in the preparation of a composite sketch of her attacker with the help of a New Jersey State Police sketch artist.  Through further investigation, law enforcement was able to identify Steen as the individual responsible for the robbery and assault of the 87 year-old victim.  On October 3, 2019, a warrant was issued for Steen’s arrest.

On October 7, 2019, Steen was arrested in Burlington County by the New Jersey State Police during an unrelated motor vehicle stop.  Steen was transported to the Ocean County Jail, where he has been lodged since his apprehension on October 7, 2019.