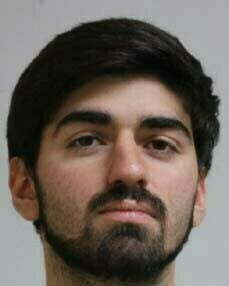 Ocean County Prosecutor Bradley D. Billhimer announced that on May 26, 2021, Frankie Caserta, 21, of Pleasantville (Atlantic County), was charged with three counts of Terroristic Threats in violation of N.J.S.A. 2C:12-3a, relative to threats made in Little Egg Harbor Township between May 23, 2021 and May 25, 2021.

On May 25, 2021, Pinelands Regional High School officials notified the Little Egg Harbor Township Police Department that a student had alerted them that threats had been made against particular students – as well as the school itself – by an individual via the social media application Snapchat.  A subsequent investigation by the Little Egg Harbor Police Department confirmed that a person utilizing the username “Buddha Caserta” made threats against Pinelands Regional High School by posting on Snapchat via a group message that gang members were coming to shoot up the school.  The individual also sent two Snapchat messages threatening two students at the school with physical harm.  Officers were able to determine through continuing investigation that Caserta was responsible for posting the threats.

On May 25, 2021, Officers from the Little Egg Harbor Police Department and Pleasantville Police Department arrested Caserta at his residence in Pleasantville in connection with an outstanding warrant for failure to appear in court in Burlington County on unrelated charges.  He was transported to the Burlington County Jail, where he was lodged pending a detention hearing.

On May 26, 2021, Detectives from the Little Egg Harbor Police Department and Pleasantville Police Department executed a search warrant at Caserta’s residence in Pleasantville.  As a result, Detectives seized multiple electronic devices from the residence. Although charges for terroristic threats were signed against Caserta on May 26th, the investigation remains active and ongoing and additional charges may be forthcoming.

On June 1, 2021, Caserta was released from the Burlington County Jail pursuant to New Jersey Bail Reform; he was thereafter transported to the Ocean County Jail, where he will remain lodged pending a detention hearing with regard to the terroristic threats charges arising out of Little Egg Harbor Township.