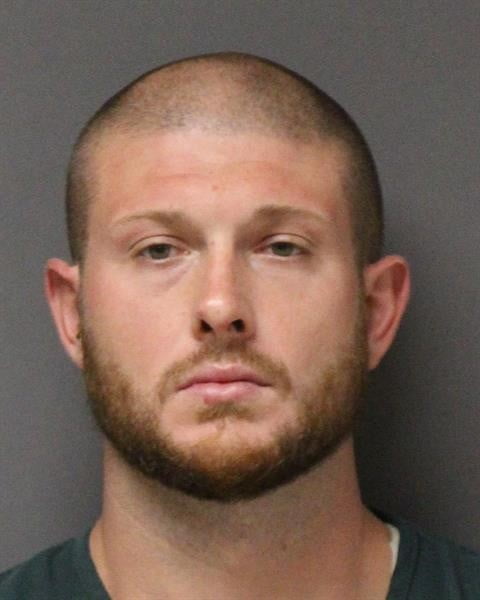 Ocean County Prosecutor Bradley D. Billhimer announced that on March 14, 2022, William McMenamin, 29, of Point Pleasant Borough, pled guilty before the Honorable Lisa A. Puglisi, J.S.C., to two counts of Robbery in violation of N.J.S.A. 2C:15-1a(1), and Aggravated Assault in violation of N.J.S.A. 2C:12-1b(7), relative to an incident that occurred in Toms River Township on April 28, 2021, as well as a separate incident that occurred in Lacey Township on October 8, 2021.  At the time of McMenamin’s sentencing on May 6, 2022, the State will be seeking a term of five years New Jersey State Prison, subject to the terms of the No Early Release Act, N.J.S.A. 2C:43-7.2.

On April 28, 2021, Officers from the Toms River Township Police Department were summoned to the area of Main Street and Route 37 for a report of a fight in progress.  Responding Officers located a nineteen-year-old male victim who reported that he had been assaulted and that his back pack had been stolen.  The victim was transported to Community Medical Center for treatment of his injuries.  A subsequent investigation conducted by the responding Toms River Police Officers identified McMenamin as the individual who attacked and robbed the victim.  McMenamin was arrested and transported to the Ocean County Jail; he was subsequently released by the Court as a consequence of New Jersey Bail Reform.

On October 8, 2021, Officers from the Lacey Township Police Department were summoned to the Lacey Inn for a report of a robbery.  An investigation by responding Officers revealed that McMenamin – who was a guest at the Lacey Inn – attacked and robbed a fellow occupant of the Inn.  McMenamin was arrested and transported to the Ocean County Jail, where he has been lodged since his apprehension on October 8, 2021.

Prosecutor Billhimer commends the diligence of Supervising Assistant Prosecutor Michael Abatemarco who is handling the matters on behalf of the State, as well as the Toms River Township Police Department and Lacey Township Police Department for their efforts in connection with their respective investigations, leading to McMenamin’s arrest, guilty pleas, and soon his state prison sentence.