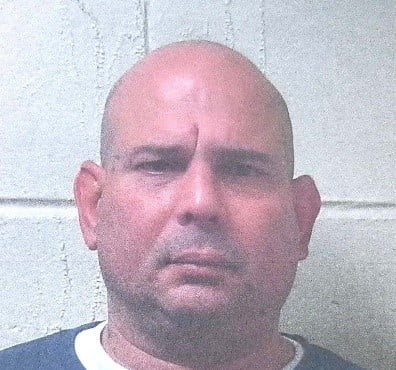 Ocean County Prosecutor Bradley D. Billhimer announced that on September 28, 2022, Gerardo Ruiz, 51, of Seaside Heights, pled guilty to Aggravated Manslaughter in violation of N.J.S.A. 2C:11-4a (1), before the Honorable Guy P. Ryan, P.J.Cr.P., in connection with the death of Alecia Perreault, 29, of Seaside Heights, that occurred in the early morning hours of May 1, 2021, in Seaside Heights.  At the time of his sentencing on December 9, 2022, the State will be recommending a term of thirty five years New Jersey State Prison – subject to the terms of the No Early Release Act, N.J.S.A. 2C:43-7.2.

On May 1, 2021, at approximately 7:30 a.m., Seaside Heights Police received a telephone call from an individual claiming to have knowledge that Ruiz killed a female at the Offshore Motel in Seaside Heights.  The caller further advised that Ruiz was staying at the Surfside Motel in Seaside Heights.  Officers responded to a room at the Offshore Motel, where they located the body of Ms. Perreault with apparent wounds to her neck; Ms. Perreault was pronounced deceased at the scene.  Officers subsequently responded to Ruiz’s room at the Surfside Motel, and discovered that he had experienced an apparent drug overdose.  Ruiz was thereafter transported to Community Medical Center in Toms River – under the protective custody of the Ocean County Sheriff’s Office.

An investigation by the Ocean County Prosecutor’s Office Major Crime Unit, Ocean County Sheriff’s Office, and Seaside Heights Police Department Detective Bureau, determined that Ruiz was the individual responsible for Ms. Perreault’s death.  Since being released from Community Medical Center, Ruiz has been detained in a secure medical facility.