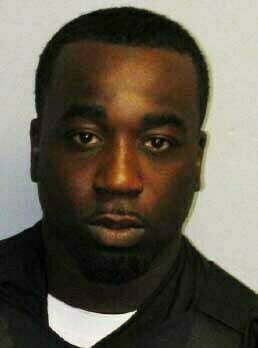 Ocean County Prosecutor Bradley D. Billhimer announced that on June 4, 2021, Marcus Samuels, 32, of South Toms River, pled guilty to Aggravated Manslaughter in violation of N.J.S.A. 2C:11-4a(1), before the Honorable Guy P. Ryan, J.S.C., in connection with the shooting death of Willie Love, 27, of Beachwood, that occurred in South Toms River on June 8, 2015.  Samuels also pled guilty to a charge of Conspiracy to Commit Witness Tampering in violation of N.J.S.A. 2C:5-2 and N.J.S.A. 2C:28-5a(1), as well as an unrelated charge of Aggravated Assault in violation of N.J.S.A. 2C:12-1b, with regard to an incident that occurred in Seaside Heights on May 3, 2015.  At the time of his sentencing on July 26, 2021, the State will recommend a term of ten years New Jersey State Prison (NJSP), subject to the terms of the No Early Release Act, N.J.S.A. 2C:43-7.2, as to the Aggravated Manslaughter charge, as well as ten years NJSP on the Conspiracy to Commit Witness Tampering charge, and five years NJSP on the Aggravated Assault charge. The sentences are to run concurrently.

On June 8, 2015, Detectives from the Ocean County Prosecutor’s Office Major Crime Unit and Officers of the South Toms River Police Department responded to Community Medical Center in Toms River for a report of a male having suffered a gunshot wound to the chest.  The male was identified to be Willie Love, who later succumbed to his injuries at Community Medical Center.

An investigation by the Ocean County Prosecutor’s Office Major Crime Unit and South Toms River Police Department revealed that Samuels – who was driving a 2004 Dodge Nitro – pulled alongside a vehicle being operated by Mr. Love which contained three passengers.  Samuels then recklessly fired a handgun into Mr. Love’s vehicle, striking Mr. Love, which led to his death.  Samuels turned himself into law enforcement in the presence of his attorney on June 12, 2015, and has been lodged in the Ocean County Jail since that date.

While Samuels was detained in the Ocean County Jail pending trial on these charges, he conspired with other inmates to influence a witness into retracting or changing a statement previously provided to law enforcement in connection with the investigation.