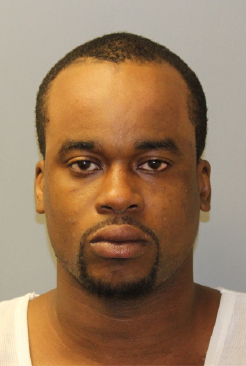 On August 19, 2021, at approximately 6:30 p.m., Officers from the Seaside Heights Police Department responded to the area of Blaine Avenue and the Boulevard for a report of a hit-and-run incident.  The report indicated that a 2015 Jeep Cherokee crashed into an unoccupied vehicle and fled the scene. Seaside Heights Police Officers attempted to execute a motor vehicle stop of a vehicle matching the description of the Jeep Cherokee, traveling in the wrong direction on Sheridan Avenue.  As Officers activated their lights and sirens, the vehicle sped away at a high rate of speed – ultimately traveling northbound on Route 35. Officers observed the Cherokee make a right turn onto Beach Drive in Ortley Beach; the Cherokee then came to a stop at the end of Beach Drive but accelerated westbound towards Route 35.  The Cherokee then failed to stop at a stop sign, entered Route 35, and collided with a marked Seaside Heights Police vehicle.  As a result, the Cherokee struck a utility pole, which fell on top of the vehicle.  The driver of the Cherokee, identified as Antwan McPhatter, attempted to flee the scene on foot at which time he was apprehended.  Two Seaside Heights Police Officers were thereafter transported to Community Medical Center in Toms River, where they were treated for minor injuries and released.  McPhatter was likewise transported to Community Medical Center, where a blood draw was taken from him pursuant to a court-authorized warrant.  He was thereafter transported to the Ocean County Jail, where he has been lodged since the date of his arrest.

Laboratory results of McPhatter’s blood draw – received by the Ocean County Prosecutor’s Office in the course of the investigation – revealed that McPhatter was under the influence of both alcohol and marijuana at the time of the incident and was therefore unfit to operate a motor vehicle.