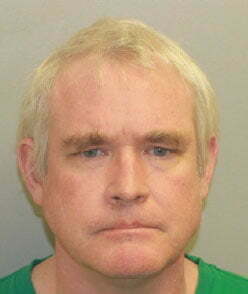 Ocean County Prosecutor Bradley D. Billhimer announced that on July 21, 2021, Patrick Callahan, 47, of Toms River, pled guilty to Robbery in violation of N.J.S.A. 2C:15-1a(2), before the Honorable Guy P. Ryan, J.S.C., in connection with an incident that occurred in Toms River on December 31, 2019.  At the time of his sentencing on September 8, 2021, the State will be seeking a term of seven years New Jersey State Prison, subject to the terms of the No Early Release Act, N.J.S.A. 2C:43-7.2.

On December 31, 2019, at approximately 3:30 p.m., Officers of the Toms River Township Police Department responded to the Chase Bank on Route 37 West for a report of a bank robbery.  Responding Officers discovered that a male suspect had entered the bank, presented a note to the bank teller indicating that he had a gun, and left on foot with approximately $1,000 in United States currency.

An investigation by the Toms River Township Police Department Detective Bureau resulted in Callahan being identified as the individual responsible for robbing the Chase Bank on December 31, 2019.  Callahan was apprehended without incident on January 2, 2021 by Officers of the Mount Laurel Police Department in Burlington County.