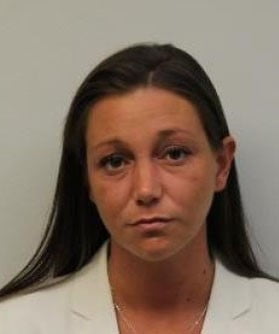 Ocean County Prosecutor Bradley D. Billhimer announced that on October 15, 2021, Allissa DeStefano, 30, of Toms River, was sentenced by the Honorable Rochelle Gizinski, J.S.C., to a two- year term of probation as a result of a previously entered guilty plea to Animal Cruelty in violation of N.J.S.A. 4:22-17c(2).  The Court ordered that DeStefano perform 60 days of community service, and further imposed a lifetime ban on her owning animals.  The State argued for DeStefano to serve 364 days in the Ocean County Jail as a condition of probation.  DeStefano pled guilty to the charge before Judge Gizinski on July 23, 2021.

Prosecutor Billhimer acknowledges the diligent efforts of Assistant Prosecutor Kimberly Carr who handled the case on behalf of the State, as well as the Ocean County Prosecutor’s Office Animal Cruelty Squad and Lacey Township Police Department, for their collaborative efforts in connection with this investigation, ultimately resulting in DeStefano’s guilty plea and today’s sentence.