WHITING MAN INDICTED FOR AGGRAVATED ASSAULT AND ASSAULT BY AUTOMOBILE 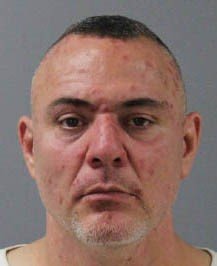 Ocean County Prosecutor Bradley D. Billhimer announced that on July 8, 2021, William Andujar, age 49, of Whiting, was indicted by a Grand Jury sitting in Ocean County on charges of Aggravated Assault in violation of N.J.S.A. 2C:12-1b(1); and Assault by Automobile in violation of N.J.S.A. 2C:12-1c(2), in connection with an incident that occurred in Berkeley Township on November 2, 2020.

On November 2, 2020, at approximately 7:00 pm., Berkeley Township Police responded to a report of crash involving two motor vehicles in the area of West Pinewald Keswick Road.  An investigation by the Ocean County Prosecutor’s Office Vehicular Homicide Unit and Berkeley Township Police Department revealed that Andujar, who was traveling westbound in a 2010 Honda CRV, crashed into a 2003 Hyundai Elantra operated by Susan Ewing, 44, of South Toms River, from behind.  The impact forced both vehicles off the roadway into a wooded area.  The victim, Ms. Ewing, sustained serious bodily injuries as a consequence of Andujar crashing into her vehicle.  Ms. Ewing was flown to Jersey Shore Medical Center in Neptune for treatment of those injuries.  Ms. Ewing was subsequently discharged and is still recovering from those injuries.

Andujar was likewise transported to Jersey Shore Medical Center following the crash, and a search warrant was obtained for a draw of his blood.  Laboratory results from the blood draw – received by the Ocean County Prosecutor’s Office on November 23, 2020 – indicated that Andujar had a Blood Alcohol Concentration (BAC) of .129 percent at the time his blood was drawn.  In the State of New Jersey, an operator of a motor vehicle is presumed to be over the legal limit for purposes of alcohol consumption where his/her BAC is .08 or greater.  The laboratory results also revealed a significant quantity of Methadone in Andujar’s system.

On November 24, 2020, Andujar was arrested by Detectives from the Ocean County Prosecutor’s Office Vehicular Homicide Unit and South Toms River Police Department and charged with Assault by Automobile.  The additional charge of Aggravated Assault was filed on December 8, 2020, as a result of further developments in the investigation.  Andujar has been lodged in the Ocean County Jail since his arrest on November 24, 2020.