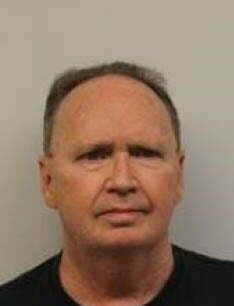 Ocean County Prosecutor Bradley D. Billhimer announced that on April 22, 2021, William Orr, 70, of Whiting, pled guilty before the Honorable Guy P. Ryan, J.S.C., to Vehicular Homicide in violation to N.J.S.A. 2C:11-5a, as well as and Driving Under the Influence in violation of N.J.S.A. 39:4-50, relative to a motor vehicle crash that occurred in Lacey Township on September 28, 2018, resulting in the death of Elizabeth Patashinsky, 40, of Palm Bay, Florida.  At the time of Orr’s sentencing on May 10, 2021, the State will be seeking a term of three years New Jersey State Prison with a three-year-term of parole ineligibility.  This plea agreement was entered into after extensive consultation with Ms. Patashinsky’s family and in consideration of their wishes.

On September 28, 2018, at approximately 3:30 p.m., Lacey Township Police were summoned to the area of Lacey Road for a report of a motor vehicle crash. An investigation by the Ocean County Prosecutor’s Office Vehicular Homicide Unit, Lacey Township Police Department, and Ocean County Sheriff’s Office Crime Scene Investigation Unit, revealed that Orr was operating a 2018 Hyundai Elantra and traveling westbound on Lacey Road, when he crossed over the center line and struck a 2017 Nissan Sentra being driven by Ms. Patashinsky head-on.  Ms. Patashinsky was transported to Community Medical Center, where she succumbed to her injuries and was pronounced deceased.  A passenger in Ms. Patashinsky’s vehicle, William Muset, 66, of Whiting, was transported to Community Medical Center, treated for his injuries, and released.  Orr was treated at the scene for his injuries.  He exhibited no signs of impairment at the scene, nor was he able to perform any field sobriety tests due to a back injury which required him to use a cane for balance.  Orr was nevertheless transported to Community Medical Center, where he voluntarily consented to a draw of his blood.

On October 29, 2018, the toxicology results from Orr’s blood draw revealed the presence of four medications which had been lawfully prescribed to him:  Alprazolam, Gabapentin, Oxycodone and Zolpidem.  Although no alcohol or illegal narcotics were detected in Orr’s system, forensic toxicologists nonetheless concluded that the combined psychoactive effects of those medications made Orr unfit to safely operate a motor vehicle.  On October 29, 2018, Orr was arrested at his residence by Detectives from the Ocean County Prosecutor’s Office Vehicular Homicide Unit, Lacey Township Police Department, and Manchester Township Police Department, and charged in connection with the death of Ms. Patashinsky.  He was transported to the Ocean County Jail, but released by the Court on November 2, 2018 as a consequence of New Jersey Bail Reform.

“But for the compassionate and forgiving nature of the victim’s family – and their unequivocal desire to achieve closure after this two-and-one-half yearlong nightmare – this plea agreement would never have even been contemplated by this Office, let alone approved,” Prosecutor Billhimer stated.  “It is only by the grace of Ms. Patashinsky’s family that we agreed to a sentence that is significantly less than what would otherwise have been recommended to the Court.  This defendant should consider himself very fortunate that the victim’s family – in a show of tremendous mercy – requested this case be resolved is this manner,” Prosecutor Billhimer added.  “I wish to remind the public that impaired driving is not limited to being under the influence of illegal drugs or alcohol.  The combined effects of ingesting even prescription medications might very well have a deleterious impact upon one’s ability to safely operate a motor vehicle.  I urge all motorists who use prescription medications to exercise extreme caution before they drive; failure to do so may produce deadly consequences, as this case so painfully demonstrates,” Prosecutor Billhimer concluded.